Clusters of people move slowly and reverently through four floors of dark and somber exhibits, wiping away tears. We are moved, stunned to silence, utterly dismayed at man’s inhumanity to man and the depravity of the human heart. 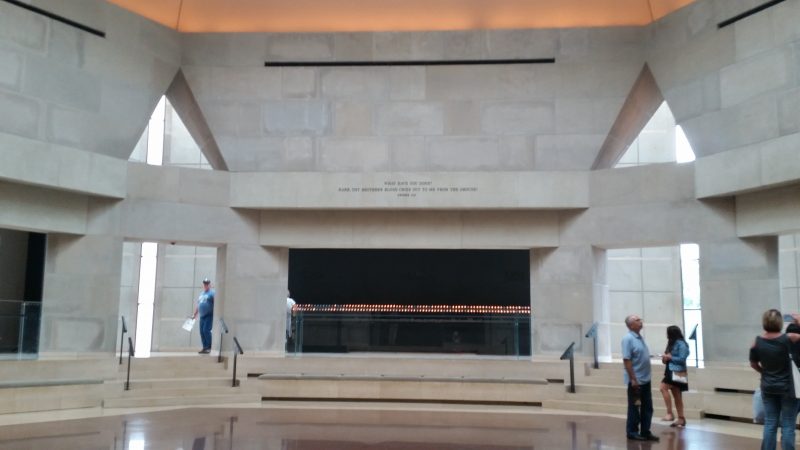 If you’ve been to the Holocaust Memorial Museum in Washington D.C., you know you’ll never forget the place.

My husband Scott and I were in town for a conference and had decided to take in the museum during a couple of off hours, thinking it would be good to reflect on what happened to the Jewish people in Europe during Hitler’s reign.

So I move through the exhibit hall, quiet, sober. I feel deeply sad about the unspeakable wrong done to the Jewish people. This is a grief I expect, a sadness I came here to experience.

Then I’m hit with another kind of grief altogether.

I’m standing in front of the display of a wagon, the kind used by gypsies in those days. It looks much like the covered wagons of American pioneer days.

In my mind’s eye, I see a sixteen-year-old girl with her parents and six siblings. They have crammed all they can onto that wagon, the little they can carry from the life they had as a farming family in Bessarabia. 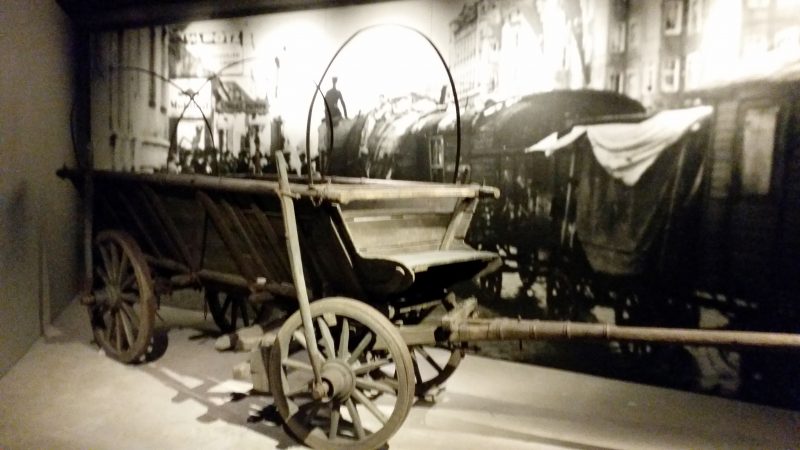 They’re fleeing back to Germany, the country of their origin,  just before the Iron Curtain slams shut behind them. They are frightened refugees traveling in winter, unsure of how or where they will survive.

They cross an icy bridge; the horses hooves are slipping. The animals strain with all their might. The children scream. Horses, wagon and family of nine almost slide into the frigid river.

The girl is my mother.

I move further down the dark hall, past life-sized photos of Nazi soldiers holding the leash of a killer-trained German shepherd.

Hitler is ranting on video-tape. I can understand a good deal of what he is saying, since German was my first language.

I stare at the raving madman, my throat tight, my eyes brimming. What was it like to have to listen to this demonically inspired lunatic and watch your whole country go crazy?

In my mind, I see a teenage German soldier in a field. His feet are blistered from the too-small boots issued him. He has learned the hard way not to complain.

He is faint with hunger, digging in the frozen ground in hopes of unearthing a potato for his one meal that day. Yes, a solid lump! He puts the potato in his pocket to thaw. It turns out to be a rock.

That boy is my father.

Meanwhile, his mother is praying hard. She has already lost her oldest son to this insane war. This on top of being the widow of a martyr.

Her husband had gone to the hospital for a tooth infection and came home in a coffin. The Nazis poisoned him. My grandfather’s crime? Leading Bible studies in his home.

Still, my grandmother won’t bow to the Nazis. She refuses to say “Heil Hitler,” though it costs her precious customers at the little store she has opened to put a bit of bread on the family table.

You can read more of the story here: A Testimony of God’s Mercy.

All of this illustrates a point: in the midst of the Jewish holocaust, there was another kind of victim.

Yes, Germans bear national guilt for what happened.  Yes, we must have an attitude of repentance and humility, acknowledging the wrong and asking for forgiveness on behalf of our people.

But my tears that day at the museum were not just for Jewish people. I wept for my own parents and family members who suffered under the rule of a madman, crying out to God for grace in their time of need.

This is why I dare not make judgments about whole people groups. To use a current example, this is how I know it’s not fair to see all Muslims as terrorists.

The actions of those in power are not a reflection of every person under their authority.

The actions of those in power are not a reflection of every person under their authority. #Holocaustlessons #Christianliving

If there’s a lesson to be learned at the Holocaust memorial, it’s that every human being is a precious image-bearer of God — German and Jew, Russian and Pole, black and white.

I want to see human beings as individuals, rather than judging them by their people group.