I’m in the store and I notice the sound of an escalating conversation in the next aisle. As I round the turn, a young boy and his grandmother (I’m guessing) are discussing his behavior. 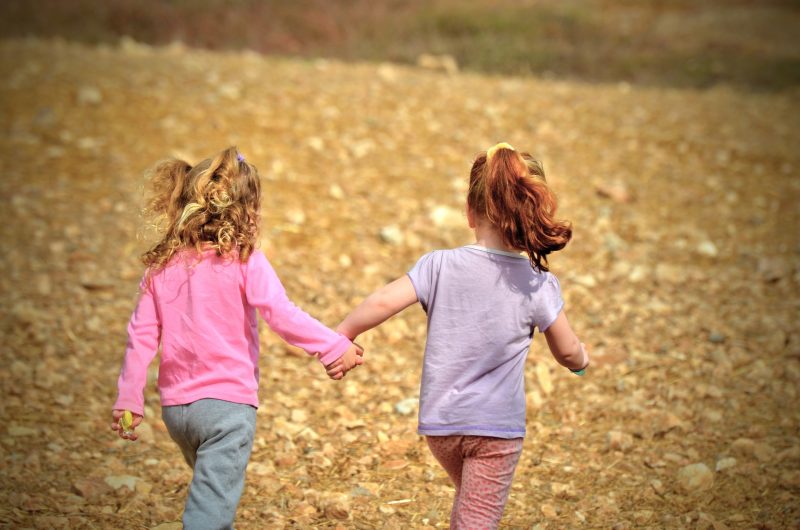 “You’re not being very nice,” the woman says. “I told you that you have to be nice. Now I’m not going to buy you anything today.”

This serves to cement Grandma’s decision.

It’s certainly not the first time I’ve heard a parent or grandparent admonish a child to “be nice.” But is this a good quality to instill in our children? I see a couple of problems with telling kids to be nice.

Years ago, I heard this interaction between a mother and her active three-year-old:

This boy thought “have” was something he should do!

So that’s one problem. But the bigger problem is that niceness is not only abstract – it’s downright undesirable as a character trait.

The meaning of being “nice” is to be pleasing or agreeable. It infers compliance. A nice person goes along with what others expect of them. They don’t make waves. They don’t confront.

So a child who has the message of “be nice” drilled into them might be easily manipulated into following the crowd into danger and foolishness. They may also manifest problems such as:

To be clear, children do need to learn to obey their parents –but obedience is different from “niceness.”

Shouldn’t parents teach proper manners? Certainly. I’m simply suggesting we replace the concept of “niceness” with a healthier character trait –one which Jesus himself demonstrated.

That character quality is kindness.

“ But the fruit of the Spirit is love, joy, peace, forbearance, kindness, goodness, faithfulness, gentleness and self-control. Against such things there is no law.”  –Galatians 5:22-23

A kind person doesn’t necessarily comply with what others want or think, but they treat others with respect even when they disagree with them.

Parents can point out to children that Jesus always showed love and kindness toward others, even when he was stern with them. He wanted what was best for them, and sometimes that meant speaking a hard truth.

But Jesus was not “nice.”

He did not go along with other people’s ideas of what he should be saying or doing.

For example, the religious leaders thought Jesus shouldn’t heal people on the Sabbath because it was against their rules. Jesus kept right on healing people.

Jesus’ brothers thought he should tell everyone that he was the Messiah. Jesus wouldn’t do that because that’s not the way God wanted people to find out.

Pontius Pilate, the Roman governor who gave the order for Jesus to be crucified, wanted Jesus to defend himself by answering certain questions. Jesus wouldn’t answer him.

Jesus was always obedient to his heavenly Father rather than caving in to human opinion. He is our example, and he wasn’t “nice.” Instead, he was kind and full of brave love for the whole world.

Let’s apply this practically: If a child goes along with others who are breaking rules and doing foolish things, that might be the “nice,” agreeable thing to do, but if he or she refuses to participate and tells the others their behavior is foolish, that’s kindness.

(The above thoughts are from my new, soon-to-be-released children’s devotional entitled, Releasing Your Brave Love: 40 Ways Kids can Change Their World, in which I’ve dedicated one day’s reading to this concept.)

If we want our children to demonstrate courage and uncompromising love to others, we must teach them the vast difference between mere niceness and true kindness.

I’d rather raise a kind child than a nice one. You, too?