The man wasn’t even a Jew. He and his men had been stationed in Capernaum by the Roman authorities to keep law and order.  But he’d established a good relationship with the local Jewish elders, so he asked them for a favor. 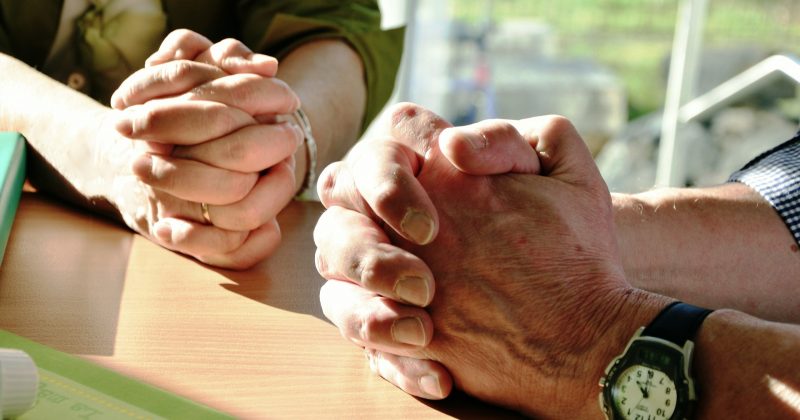 Would they go to Jesus and ask him to come and heal his paralyzed servant, who lay close to death?

Not only did the elders go to Jesus, they pleaded earnestly on behalf of the centurion.

“This man deserves to have you do this,  because he loves our nation and has built our synagogue,” they said.  So Jesus went with them (Luke 7:4-6).

Before he got to the house, though, the centurion sent friends with the message, “I don’t deserve to have you come under my roof. Just say the word; I know my servant will be healed. I’m a man under authority and I have men under me, too. I know how authority works.” (Paraphrase mine.)

So here’s what happened next:

“When Jesus heard this, he was amazed at him, and turning to the crowd following him, he said, ‘I tell you, I have not found such great faith even in Israel'” (Luke 7:9).

Did you catch that?

Jesus was astonished at the faith of this Roman Gentile.

He told the centurion, “Go! Let it be done just as you have believed it would.” When the messengers got home, they saw that the servant was well.

This man was so humble, he hesitated to invited Jesus into his home –yet he was so completely convinced of Jesus’ spiritual authority that he was certain healing would result from Jesus simply speaking the word.

When it comes to having faith, humility and confidence are a beautiful combination.

When it comes to having faith, humility and confidence are a beautiful combination. #Christianliving #faith

Jesus saw this kind of faith in the centurion, and he was amazed. He marveled at it. He was impressed.

“And without faith it is impossible to please God, because anyone who comes to him must believe that he exists and that he rewards those who earnestly seek him.”

God likes faith. It’s the only attitude that impresses him.

There’s another side to the coin, however. Jesus marvels at real faith. He is also stunned by our unbelief.

Mark 6 describes how Jesus went to his hometown to teach and preach. But the people of the village responded,

““Where did this man get these things?” … “What’s this wisdom that has been given him? What are these remarkable miracles he is performing?  Isn’t this the carpenter? Isn’t this Mary’s son and the brother of James, Joseph, Judas and Simon? Aren’t his sisters here with us?” And they took offense at him.”

(Somehow, I hear their complaints in the whining voice of George Costanza from Seinfeld.)

Remarking that a prophet is not without honor except in his hometown, among his relatives and family, Jesus was only able to heal a handful of sick people there.

Once again he was amazed –but this time by the people’s lack of faith.

Sometimes those who think they know Jesus the best demonstrate the least amount of confidence in him.  (Wait, what?)

The Lord responds with “Wow!” to our faith–but also to our unbelief. It’s amazing to him, and not in a good way. The writer of Hebrews warns us,

“Take care, brothers and sisters, lest there be in any of you an evil, unbelieving heart, leading you to fall away from the living God.”

Unbelief causes us to turn away from God. It’s not just a little bit bad. It’s evil.

I’m facing some faith challenges right now. You, too?

Let’s astonish Jesus — not by our refusal to believe, but by our unshakable trust in him.