It was a perfect summer day, puffy cumulus clouds drifting across an azure sky. My then-seven-year-old son Jed pointed at a large cloud and said, “That one looks like the empty tomb after Jesus rose from the dead!” 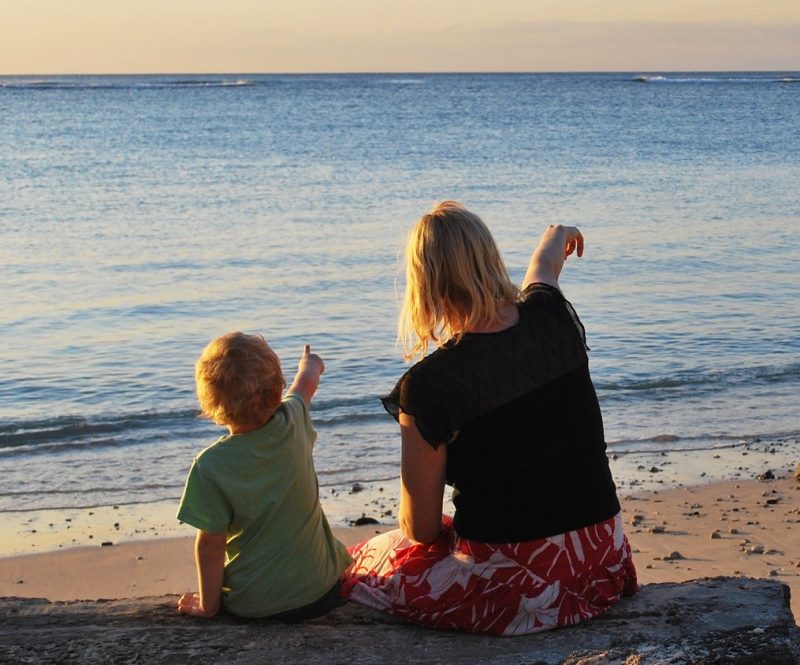 Then he turned and said, “And that one reminds me of the lion of Judah!”

You’d think a seven-year-old would see a ducky or pony shape in the clouds rather than evidence of Jesus’ resurrection and lordship. But when children are raised with an awareness of God’s presence, they’re amazingly perceptive.

In fact, even when children aren’t raised to know about God, their default is to believe in a creator.

According to Nancy Pearcey, author of Finding Truth, children in every culture have a concept of God.

Paul Bloom, psychologist at Yale University, explains that when children are asked about where people and animals come from, they prefer an explanation that involves an intentional creator, even if the adults who raised them don’t.

Psychologist Justin Barrett reports that children’s minds are predisposed to see the natural world as designed and purposeful and that some kind of intelligence is behind that purpose.

Your child’s default is belief in God –that’s great news! As you teach your kids how to sense God’s presence and hear his voice, you are building on something that comes naturally to them.

So how do we teach our children to recognize God?

We explain to our children how people hear the voice of God (often a thought in our mind which didn’t originate from us and lines up with God’s character).

We talk to them about moments when we’ve heard God personally. We demonstrate confidence that God will speak to them.

Use these prompts as you teach your kids to recognize God:

1. The Bible is full of true stories of people who heard from God.

God spoke to Abraham, Rebecca, Jacob and many others. He spoke through the prophets in the Old Testament, and he spoke to his church through the apostles and others who operated in the gifts of the Holy Spirit.

The more your children know of how God spoke to and through people in the Bible, the more they will understand his ways. They’ll understand they can hear from God, too.

As your kids learn the Bible, they’ll understand God speaks to people. including them. #Christianparenting

2. Creation is full of word pictures and evidence of God’s glory.

Take your kids outdoors often, and be intentional about pointing out the wonder of God’s world.

Help them make the connection between creation and Creator. Teach them to praise God for his glory, and to look for messages from God in what he has made.

3. The Holy Spirit is our guide, teacher and comforter.

Teach your children the Holy Spirit opens up the Scriptures to us so we can understand them. He convicts us of sin so we can turn back to God. He helps us pray when we don’t know what to say.

He also speaks through prophetic words and dreams, just as he did in Bible times. He does this to build up our faith and to give us divine insight into situations.

Around age eleven, my son Sam had a dream in which a man gave him a Scripture reference. When Sam woke up, he looked up the Scripture passage, meditated on it, and wrote it in his journal.

This was a powerful encouragement to him which he continued to refer back to. It built up his faith.

As your children get familiar with the Bible, get out in nature, and get to know the Holy Spirit, they’ll learn to recognize God’s presence and voice.

Just as you do.