Five-year-old Jamé was excited.  This was going to be her first show-and-tell.  Although not outgoing by nature, she looked forward to showing off her indigenous heritage to her classmates. 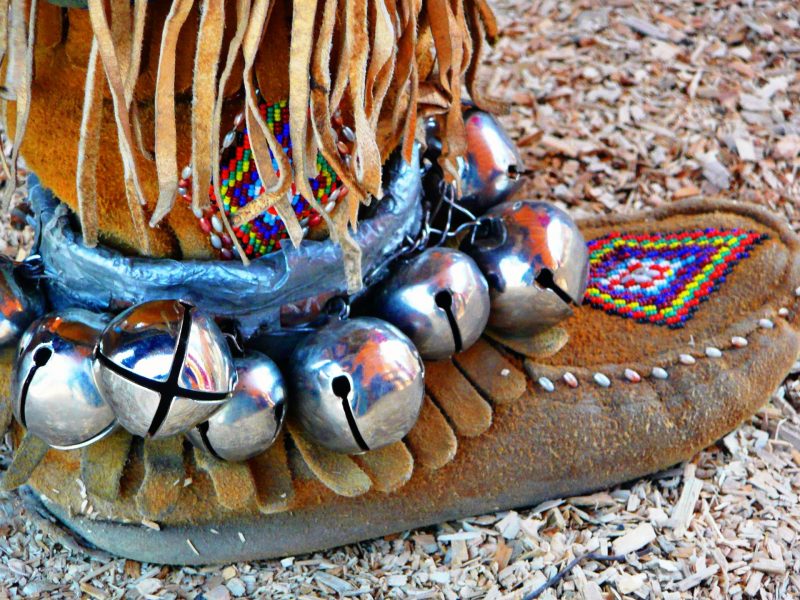 On the big day, Jamé proudly put on the pink jingle dress her aunt had made for her. She wore moccasins and put a feather in her braided hair.

To show the other children what powwow music sounded like, Jamé brought a little CD player. Too shy to dance, she simply played the music and then explained to her classmates what she understood about Native American traditions.

This should have been a really cool moment for all the kids involved.  A moment to appreciate those with a different heritage, culture and ethnicity.

For her efforts that day, Jamé’s classmates made fun of her. The very things she was so excited to share with them, they dismissed with mocking disdain.

And that’s when she had that moment.

Similarly, Jamé realized at show-and-tell that she was indigenous, but that what she took great pride in was a joke to others.

How do I know this story? Jameson is my daughter-in-law.

After the  events in Washington, D.C. during the March for Life—specifically, the tense situation between some black Hebrew Israelites, some indigenous people led by a tribal elder, and some Catholic high school boys—I talked with Jamé and Sam (my son) about what happened.

I’d read quite a few articles, and had swung back and forth—like many people did—on  who did what to whom.

The whole story served to illustrate how people, including journalists, should not respond to a highly-charged incident when all sides of the story have not yet been heard.

Beyond that, I learned my own lesson.

Putting aside right versus wrong, and right versus left, that news story held the potential for me to learn more about what it feels like to be indigenous.

I have a Native American family member, for crying out loud—yet I almost missed my opportunity.

Ironically, it’s an old Native proverb that says, “Listen, or your mouth will keep you deaf.”

I made the mistake of talking too much about the happenings in Washington. Airing my opinions on who was right or wrong. Offering all my great wisdom on how things should have been handled.

Jameson listened quietly, as she is prone to do.

After that conversation, the Holy Spirit was like, You need to ask Jamé about her thoughts and feelings on this.

Gulp. Shoulda done that in the first place.

I went over to Sam and Jamé’s to ask for her forgiveness, which she graciously granted. I asked what was on her heart regarding what happened in Washington D.C.

For Jamé, it was one more painful reminder that Native Americans are not worthy of respect in other people’s eyes. That they’re a joke. That they’re always drunk anyway, so who cares.

And then she tells me her Kindergarten story, and tears sting my eyes.

We must acknowledge one another as equals in our God-bestowed dignity and worth. We must listen to each other’s stories—especially stories of those who have been the brunt of systemic injustice.

Listen, or your mouth will keep you deaf. We must listen to each other’s stories—especially stories of those who’ve been the brunt of systemic injustice. #ImagoDei

We must walk in each other’s moccasins. We must open our ears and hearts more than our mouths.

In a couple of years, Samuel and Jameson’s little girl Helaina will be wearing that pink jingle dress.

I hope and pray Lainey wears it proudly.