A tow-headed boy named Billy plays on the climbing equipment at the park. His father sits on a bench, watching. Suddenly, Billy screams and falls several feet, landing in a crumpled heap on the ground. 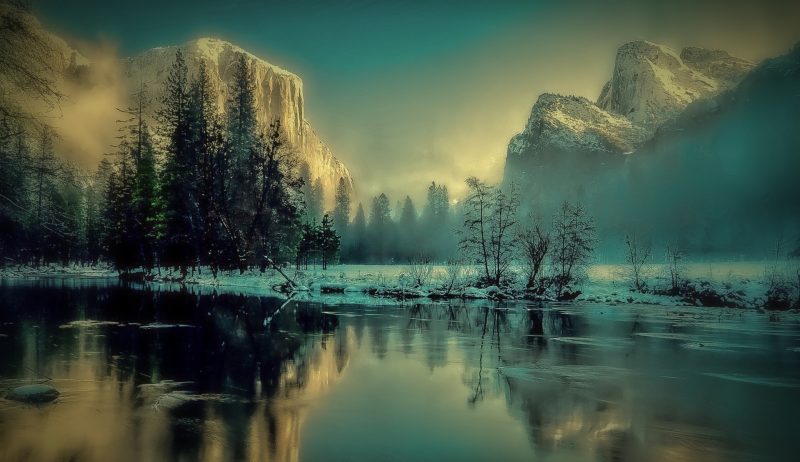 The father springs into action, gathers up his bleeding son, and sprints several blocks to the nearest hospital, all the while murmuring comfort to his distraught, injured boy.

If you’re old enough, you’ll recall that scene from the film “Irreconcilable Differences” starring Dustin Hoffman and Meryl Streep. What a beautiful picture of God it presents — his mercy, his tenderness, his comfort.

We love the nurturing part of God’s nature. His mercy makes us feel safe. But it’s another quality of God — the attribute on the other side of the coin — which actually brings peace and wholeness to us and to the created world.

Let the sea resound, and everything in it, the world, and all who live in it. Let the rivers clap their hands, let the mountains sing together for joy; let them sing before the Lord, for he comes to judge the earth. He will judge the world in righteousness and the peoples with equity.

It is not primarily God’s mercy, but rather his righteous judgment, that brings shalom to all of creation.

It is not God’s #mercy, but rather his #righteousjudgment, that brings shalom to all of creation. #Christianliving #shalom

Does this surprise you?

That’s a counter-intuitive truth, given today’s cultural mantra of “Don’t judge.” Instead of accepting and abiding by the righteous judgments of God, we act like we have the right to judge him.

(Finite, created beings telling God what he can and can’t do? That’s not how it works.)

Romans 8:19-23 describes how the created order yearns for renewal:

For the creation waits in eager expectation for the children of God to be revealed. For the creation was subjected to frustration… in hope  that the creation itself will be liberated from its bondage to decay and brought into the freedom and glory of the children of God. We know that the whole creation has been groaning as in the pains of childbirth right up to the present time.  Not only so, but we ourselves, who have the firstfruits of the Spirit, groan inwardly as we wait eagerly for our adoption to sonship, the redemption of our bodies.

Like a woman in the throes of childbirth, both creation and we as followers of Jesus groan inwardly, waiting for the restoration of all things.

Meanwhile, we live on a broken planet filled with broken people. Terrible things happen every day.

Little girls are sold into sexual slavery in Thailand. Land is confiscated from helpless African widows. Whole families in India are trapped into hard manual labor because of inherited debts.

Life is not fair, but God is just. And therein lies our hope.

Truth is, nobody gets away with anything. One day we will all give an account for our actions. Our sin debt will either be covered because we’ve accepted Christ’s sacrifice on our behalf, or we’ll have to suffer the consequences. Forever.

God’s justice means I don’t have to mete it out on my own. It means I don’t take vengeance, because righteous judgments and consequences are his job.

When I am mistreated, I can absorb other people’s pain and stop the cycle, because Christ dwells in me and he already took on all of humanity’s suffering.

This is why the rivers clap their hands and the mountains sing for joy … because God judges rightly,  and he will restore everything to perfect harmony like it was in the beginning.

Our groaning is a groaning of anticipation. Like a woman in transition, we’ll forget the pain when labor ends and joy arrives.

Meanwhile, let’s listen to the mountains and rivers –and join in their song.