It was going to be an exciting conference, one the youth group had been looking forward to for weeks. Our church had been praying for their spiritual breakthrough. 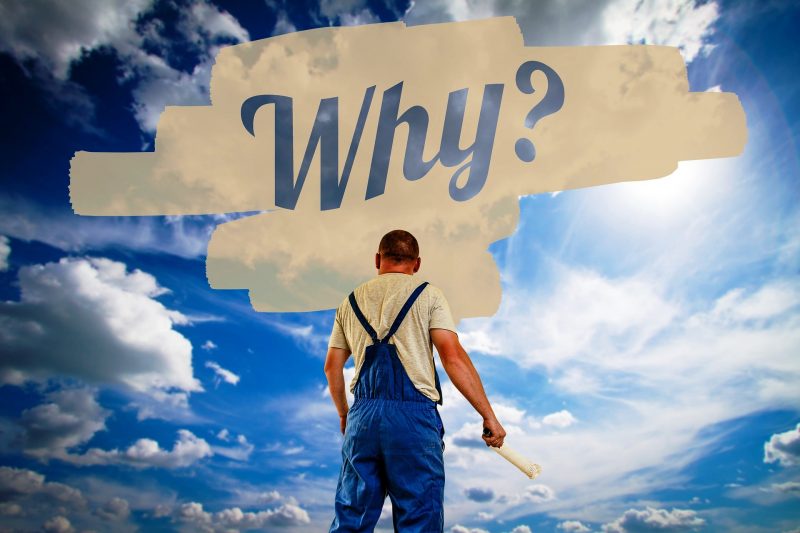 No one expected what happened.

At about one p.m. the day of the trip, passengers in the second vehicle watched in horror as the van carrying ten students and their youth leader careened off the highway’s shoulder, flipped, and rolled.

In an instant, joyful anticipation was eclipsed by terror and trauma.

The human heart frames a question whenever hard things happen: Why?

Why did God allow this awful thing to happen?

It’s okay to ask why, but one thing I’ve learned over the years is God doesn’t usually answer that question.

I suspect it’s for the same reason I don’t go into lengthy details about quantum physics with my preschool grandkids. They simply don’t have the ability to comprehend such lofty, abstract, complex things.

Okay, neither do I, but my point is this:

God is all-wise. He is all-powerful and always good.  He has perfect perspective, and he has our best interests in mind.

We’re too limited to understand what he’s up to, but here’s his comforting promise to believers:

“And we know that for those who love God all things work together for good, for those who are called according to his purpose.” –Romans 8:28

You’ve heard the mantra, “Everything happens for a reason,” right?

The accident didn’t “happen for a reason.” It happened because things are not as they should be on this broken planet

One day they will be –but for now, God is working a greater good out of a hard thing.

He does the same thing in your life.

God is working a greater good out of a hard thing. #Christianliving #why

The day of the accident, I was driving across town, praying aloud for my husband to land the right job.

Soon I found myself pounding the steering wheel and praying in the Spirit, yelling like an enraged matriarch, not knowing what my urgent words meant.

Then I looked at the clock. Two minutes before one.

That intense burst of intercession wasn’t about a job. It was about our youth.

Others were alerted to pray, too. My daughter-in-law felt led to fast and pray for the youth that day. All Jamé could get out again and again was, “Jesus!”

Following the accident, a series of miracles unfolded. First, no one died. Second, no one was paralyzed. Third, it appears the injuries sustained won’t leave permanent damage.

A number of paramedics, nurses and doctors commented, “This should have been so much worse.” One first responder remarked,

“I’ve always said I don’t believe in God, but now I’m rethinking that.”

One girl was ejected from the vehicle and tumbled head over heels for ten yards, all the while feeling the tight arms of God physically embracing her. She landed face down in the path of the van, which was rolling downhill.

And that’s just one story.

After the accident, the church rallied to supply meals and pray with the families of the traumatized teens. Bonds of deeper friendship were forged all around.

God didn’t make the accident happen, but he is making it work for the good of those who love him.

May I encourage you?

The God who alerted people to pray that day, the God who wrapped his arms around his daughter as she was thrown from the vehicle, the God who made his power known to unbelievers who need him…

…that same God is taking care of you.

You don’t need to know the “why” of your hard time, but there’s one thing you do need to know: God is all-good, all-wise, and all-powerful.

All you really need to know is him.